What explains the glory that was Greece? Actually, sound economic policy 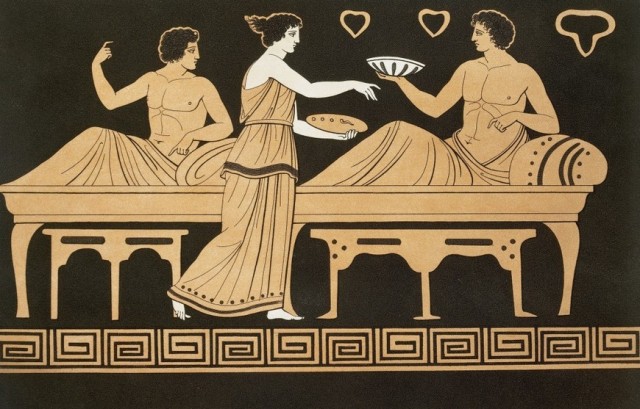 When interviewing a Greek economist at the foot of the Acropolis a few years ago, we were heckled by a young anarchist.

“We should get a dollar every time you use a Greek word in your language!” he shouted. (When I invited him to make his case on camera, he angrily shook his head, and thinking we might be recording the exchange anyway, menaced the cameraman with his bicycle.)

Oh, those Greeks, I thought; great at art, great at thinking, great at theater, but what a bunch of economic losers. And when a local union boss granted a good-natured interview in which he derided the American love of what Charles Dickens once dubbed “the almighty dollar,” I was further convinced of Greece’s economic hopelessness.

“When I speak to my friends or relatives in the United States,” Vasilis Polymeropoulous said, “they’re always talking about how much money, how many dollars, how many houses does he own; it’s a sickness. They’re always taking about how much this or that person is worth, $100,000 or $300,000. And ultimately it’s not important because at the end of the day, however many houses that you own, you’re going to end up in the same place, a meter and half under the ground.”

So philosophical. It reminded me of the attitude toward making money jotted down by a Greek named Plato 2,400 or so years ago:

“The great multitude of men are of a clear contrary temper: what they desire they desire out of all measure; when they have the option of making a reasonable profit, they prefer to make an exorbitant one. This is why all classes of retailers, businessmen, tavern keepers, are so unpopular and under so severe a social stigma.”

And how about Plato’s most famous student, Aristotle?

“That which consists in exchange is justly censured,” wrote the man long referred to as “The Philosopher,” “for it is unnatural, and a mode by which men gain from one another.”

When considering Greece’s current economic woes, then, is the problem simply a national bred-in-the-bond antipathy to commerce?

I have long suspected as much, but in a new book, “The Rise and Fall of Classical Greece,” Stanford University scholar Josiah Ober emphatically says “No!” In fact, he explains the glory that was Greece because of its embrace of what Aristotle called (at least in translation) “exchange.”

We asked Professor Ober to summarize his case for Making Sen$e. Here it is.

Lord Byron summed up the rise and fall of classical Greece in his epic poem of 1812:

Fair Greece! sad relic of departed worth!
Immortal, though no more! though fallen, great!

By sharply contrasting the fortunes of ancient and modern Greece, Byron’s couplet poses two questions that have long puzzled historians: Where and how did the ancient Greeks gain the wealth with which to build a culture that became central to the modern world? If Greece had once been prosperous, why was it no longer?

In the early 21st century, as a chronically weak Greek economy immiserates millions and threatens the financial stability of Europe, those questions remain salient. They can now be answered. As we can now show, the ancient Greek cultural accomplishment was underpinned by robust and sustained economic growth made possible in turn by a distinctive approach to politics.

In a spirited diatribe against the habit of dividing world history into dichotomous eras of premodern stagnation and modern growth, the historical sociologist Jack Goldstone pointed out that a number of premodern societies have experienced periods of efflorescence — increased economic growth accompanied by a sharp uptick in cultural achievement. Efflorescence is impermanent by definition, but some are more dramatic and longer lasting than others.

The Greek efflorescence that reached a high peak around 300 B.C.E. lasted several hundred years. Figure 1 , based on evidence presented in my book, illustrates “core” Greek efflorescence (measured by population times consumption) from the Late Bronze Age to the dawn of the 20th century. Because, by my definition, core Greece is limited to the territory controlled by the Greek state in the late 19th century, the graph understates the total population of the wider Greek world at the peak of the classical efflorescence by a factor of about three — so the chart captures only part of the rise and subsequent fall. But the main implication is clear enough: It was not until the 20th century that the number of people living in the Greek core and their material welfare returned to levels comparable to those achieved some 2,300 years before.

Sourced through Scoop.it from: www.pbs.org